The NUJ’s motions on asylum seekers and privatisation of Channel 4 were passed by delegates.

The government’s aggressive attitude to asylum seekers contained in the Nationality and Borders Act, which became law on Thursday 28 April, was condemned by the NUJ in a motion to the TUC’s Black Workers’ Conference.

It formed part of a discussion of a group of motions from unions calling on the TUC to challenge the legislation and campaign to get it repealed.

“It is clear that the Bill is a product of longstanding racism and xenophobia against migrants, refugees and asylum seekers and seeks to enshrine this government’s deep antipathy against judicial review and existing human rights frameworks more broadly.”

The NUJ’s motion described the perilous trips across the Channel that asylum seekers make – many not surviving the journey. It described the “arsenal of impossible visa requirements, reinforced controls, night vision cameras, razor wire and higher fences, and heat detecting machines” that greets them on arrival. It described the appalling conditions asylum seekers are held in as their cases are being processed. 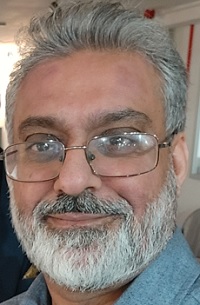 NUJ delegate Tony Adams told conference that the role of the media in shaping public perception on migration was vital.  “In many cases these policies are enabled and emboldened by racist reporting, and we have continually backed our members in fighting against alarmist reporting that dehumanises those in most need.”

Parts of the media were fulfilling the government’s agenda by “encouraging a culture that plays into racist stereotypes about those who desperately need our help”, he said. He recalled how the then Express owner Richard Desmond boasted that publishing racially-inflammatory headlines boosted sales, and his profits.  The NUJ had backed members at his newspaper who called him out and refused to follow a racially biased editorial line. He said:

“We have long campaigned for a conscience clause – meaning journalists cannot be disciplined by an employer for refusing to write something against the NUJ’s code of conduct which says a journalist ‘produces no material likely to lead to hatred or discrimination on the grounds of a person’s age, gender, race, colour, creed, legal status, disability, marital status, or sexual orientation’. And we work with the International Federation of Journalists in promoting Migrant Narratives: an indispensable resource for journalists covering migration "

Tony also spoke to the NUJ’s emergency motion on the privatisation of Channel 4. A bill to allow the sell of the public service broadcaster is expected in this week’s Queen’s Speech. The broadcaster says diversity is the lifeblood of Channel 4, and its remit is to champion unheard voices. He said:

“Channel 4 is a leader in diversity and inclusion, with the Black to Front project increasing black representation in front of and behind the camera, encouraging the hiring of black talent, and celebrating black lives and black culture through the programmes it commissions.

“Privatising Channel 4 will not just move money out of the creative industries and into the pockets of shareholders, but that Channel 4’s unique voice and commitment to represent and champion under-represented audiences and communities will be lost in the pursuit of profits.”

Conference passed the motion and called on the TUC Black Workers’ Committee to work with the relevant unions to campaign against the privatisation of Channel 4 and defeat this attempt to sell off a valued public asset.

Conference reiterated its campaign to make ethnicity pay gap reporting mandatory. In 2020, only 11 per cent of companies had published this information. Delegates voted to demand that the TUC and the Anti-Racism Task Force make closing the ethnicity pay gap a key priority to tackle the racial and regional pay inequality face by black workers in the labour market.

Other motions noted that black workers have been disproportionately affected by the increase in the cost of living and the impact of Covid.  Analysis by the TUC, published to coincide with the conference, revealed the unemployment rate for black and minority ethnic workers is more than double that of their white counterparts. The gap had widened significantly since the start of the pandemic – with the unemployment rate reaching 7.7 per cent compared to 3.5 per cent for white workers.  The unemployment gap over the past 20 years shows it is now the widest it has been since 2008.

The TUC called on the Equality and Human Rights Commission to work with trade unions to use its investigative powers and the newly established Race Equality Fund to address race discrimination in all labour market sectors.