The NUJ has a long track record of challenging media racism and campaigning for better Black representation.

The BMC monitors discrimination in employment practices in the media industry, promotes best practice, and works with NUJ members in chapels and branches. 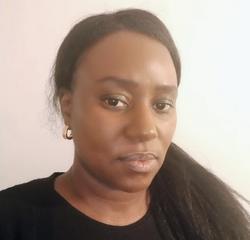 I am Emelia Kenlock, chair of the Black Members’ Council. I first joined the NUJ at the start of my editorial career in the early 2000s while working at The Voice newspaper as the editor of Young Voices. I later became the vice-chair and then served as chair of the BMC until 2015. My work during that period included representing members, supporting other unions and launching the Race Reporting Guidelines.

My approach to BMC Council leadership and responsibilities were shaped by the formidable late Lionel Morrison, editor, educator and journalist, who was one of my mentors. As a re-elected chair, I believe I have another opportunity to lead a more agile and responsive council, as well as raise its profile. The council’s vice-chair is Tony Adams, also chair of the Birmingham and Coventry branch. As a broadcaster and journalist, he has more than 30 years of experience in the highly competitive radio industry and has held many other roles throughout the union.

We will be celebrating and supporting the George Viner Memorial Fund, which provides bursaries for black, Asian and minority ethnic journalism students. The council works to support initiatives to increase the diversity of newsrooms and representation of people of colour in the media. The BMC traditionally holds an event based on issues close to our member’s hearts. This year we will focus on issues such as racism in the media, giving members the opportunity to share experiences with the union and network. Last year we hosted an online event on World Racism Day.

The council is also responsible for representing the union at the TUC Black Workers’ Conference and will be sending representatives and putting forward motions to inform the TUC’s campaigns and policies. We issue statements, such as our reaction to the killing of George Floyd and the Blacks Lives Matter movement. We support Black History Month, Stand Up to Racism and the anti Zwarte Piet campaign in Holland.

The BMC monitors discrimination in employment practices in the media industry and promotes best practice. We have produced the Race Reporting Guidelines , which help members when they are writing about race relations and suggest the best language to use. The BMC supports the notion that NUJ members have a responsibility to stop racism being expressed in the media. Motions at Delegate Meeting set out the agenda for the council’s two-year session and present action includes boosting diversity in the photographic industry; recruitment of black journalists; combating racism in the industry and defending the rights of refugees and migrants.

The BMC organises the Claudia Jones Memorial Lecture in honour of the West Indian journalist and activist. This year the BMC is  planning the 20th anniversary of the Claudia Jones lecture. We have put together a working group for this event and plan to make it a very special occasion in October.

Guidelines for journalists to follow when dealing with race relations.

Asylum and immigration remain controversial, newsworthy topics about which people have strong opinions.

Building solidarity in workplaces and communities.

Stand Up To Racism

The NUJ’s Black Members’ Council is recommending a new suite of reporting guides and tips for when reporting stories about migration.

The sharing of joy