The NUJ is a democratic union in which members have a strong voice in the union's activities. Members have a number of different ways to get involved. 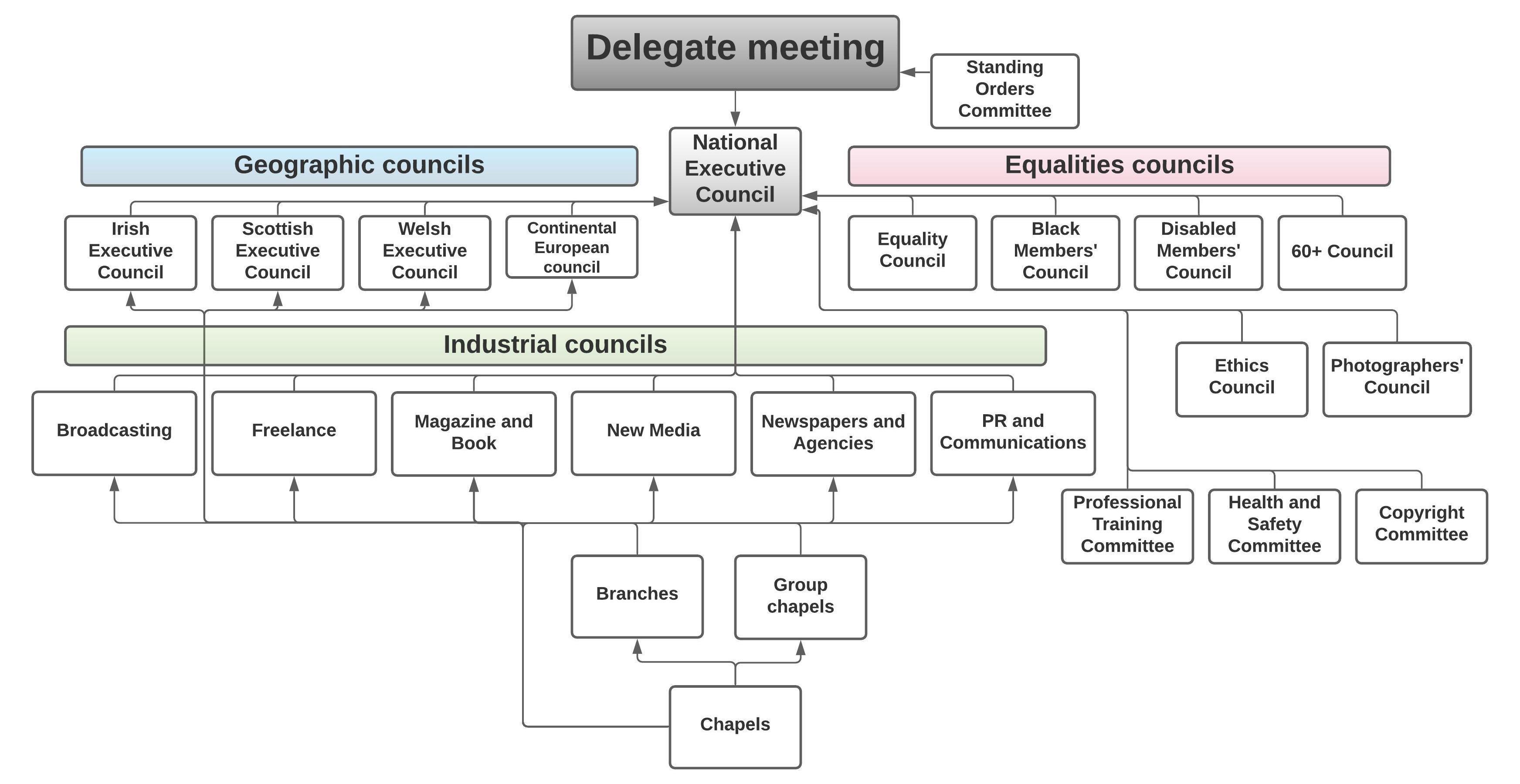 NUJ organisations in workplaces are known as chapels. A chapel includes the members in that workplace (or part of a workplace) and freelances who regularly work for the employer. Large workplaces, or media groups with separate sites or titles, might have more than one chapel which come together on company-wide issues as a group chapel.

Chapels primarily deal with issues faced by members in the workplace. If recognised, chapels can negotiate collectively with the employer on pay and conditions.

NUJ branches are organised geographically. In large urban areas such as London, Dublin and Glasgow, branches are split by sector. Branches are open to all members, including freelances who work for many employers, students and retired members.

Branches engage in a range of activities that aim to support and advise members. They have a budget that they can spend on union-related activities, such as organising events, funding workplace organising or publicising their activities on newsletters or websites.

Branches also approve new applications for membership and play a key role in the union's democracy, nominating people for election to union councils and committees, and helping create policy by proposing motions and amendments to the union's biennial delegate meeting.

Industrial and executive councils are responsible for planning, coordinating and overseeing activities in their relevant area, including recruitment and organising; disputes and industrial action; and organising events.

The NUJ has four councils that are responsible for planning, coordinating and overseeing activities related to their relevant equality strand(s). These are the Black Members' Council, the Disabled Members' Council and the 60+ Council. The Equality Council has a broad remit and deals with sexism, equal pay; LGBT+ rights; age discrimination; work/life balance and childcare/dependent care.

The National Executive Council (NEC) is the union's main supervisory body. It is responsible for carrying out the instructions of the delegate meeting and oversees the work of the union's industrial, executive and equality bodies.

Members are nominated to NEC seats by branches and then elected by the constituency they represent in a postal ballot.