Almost one-third (29 per cent) of the NUJ members surveyed during February’s LGBT+ History month and in the run up to the TUC’s LGBT+ conference said they had experienced bullying, harassment, ill-treatment or discrimination at work as a result of their sexuality or gender identity. 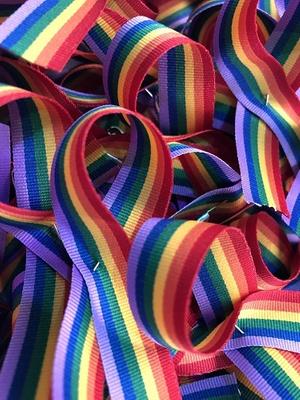 Colleagues were the worst perpetrators, followed by senior managers and one in 10 (13 per cent) said the person they were interviewing had behaved in a discriminatory or bullying way.

However, almost 70 per cent believed their workplace was an inclusive and safe space to be open about their sexuality. Just under half (49 per cent) said the same about being open about their gender identity. Two-thirds said they had not experienced any workplace policies denying them equal access to employment rights or workplace benefits.

Only one-third of freelance members said they felt safe to be open about their sexuality or gender identity with clients.

Almost two-thirds of the LGBT+ NUJ members said they did not feel the media represented their communities fairly and accurately.

Comments from the confidential survey included accounts of colleagues using homophobic and transphobic language. One member reported not being allowed to change their name on their title and hostility when using the bathroom.  One respondent said they had experienced football journalism as a deeply transphobic and homophobic environment. LGBT+ members said they had received torrents of abuse on social media.

The comments were not all negative: "My workplace is a pretty supportive environment. I'm not in a relationship, but there are LGBT members of staff who talk about their partners at work, gender-nonconforming dress is accepted and there's a support network for LGBT workers."

One freelance said: "In the magazine world most people are accepting and relaxed about sexuality, and that's how it has been for me."

Another surveyed said: "The only time I feel different in any way is when patronising 'inclusion' initiatives are introduced."

Evidence from the survey showed that, while many members had experienced workplace bullying and discrimination, it occurred in the past and many workplaces had become more inclusive and managements more aware of the issues. However, discrimination is still a major problem in certain sectors and on social media platforms. Many LGBT+ members, particularly those freelancing, are still nervous about being completely open about their sexuality or gender identity.

"The survey responses suggest a lot of progress has been made as far as openness is concerned but none of us can afford to be complacent. It is disappointing that so many feel LGBT+ individuals are not represented fairly and accurately in the media. However, we do know that editorial standards are better where the union has a strong presence because individual members can call on the NUJ for support if they come under inappropriate editorial pressure.

"Our code of conduct is crucial in allowing us to cover such issues appropriately and we have to stand together to do this. It's an important and very personal reason for being in the NUJ. I would encourage all LGBT+ journalists to join for this very reason."

The NUJ's Equality Council, which launched the survey, will now hold an online event with LGBT+ members to discuss the responses to the survey and organise a network to inform the union's equality work.

"The NUJ has a long history of fighting for our members' rights and calling out poor behaviour and prejudice. We are committed to supporting inclusion in our union and workplaces and promoting diversity in journalism. There are many opportunities for members to engage with our equalities work and it's been heartening to see so many responding to this survey with a desire to get involved."

TUC guide April 2021. A safe return to the workplace.