A survey by the National Union of Journalists has uncovered shocking evidence of abuse and harassment. 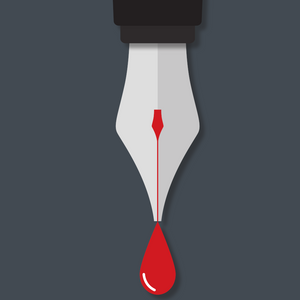 Journalists revealing they have been punched, threatened with knives, forcibly detained, kicked and spat at. As well as physical assault, NUJ members are being threatened online and offline, including death threats, rape threats and other threats to their families and homes.

"It is wholly unacceptable and outrageous that NUJ members are being routinely abused, harassed and intimidated in the course of doing their job. Those in frontline roles, such as reporters, photographers and presenters, are particularly impacted but any media worker should be able to go about their work without fearing for their own safety or that of their family.

"Such abuse and harassment goes beyond the awful personal impact – it also risks silencing journalists and censoring debates. Those under attack – disproportionately women and black and minority ethnic journalists – admit to thinking twice about what they say or publish, with self-censorship a natural self-protective reflex. It is clear that those in public office, especially our elected politicians, have a leadership role in improving parlous levels of public discourse.

"We need an end to the dismissal of journalism as fake news, we need to improve levels of access for the media and we need to act robustly to stamp out disinformation and fake news. And it's time social media platforms did more to deter and stop abuse.

"On a day journalists around the world collectively stand up to demand an end to the impunity that allows crimes against media workers to proliferate and stand unpunished, the NUJ is stepping up its campaign to ensure the safety and protection of journalists and journalism. Without that we are in danger of allowing abuse and harassment to become normalised, to be seen as something that is part of the job. We cannot allow that to happen.

"As part of the newly established National Committee for the Safety of Journalists, we are committed to ensuring the committee's Action Plan tackles this problem, that employers do more to ensure the safety of journalists facing abuse, providing adequate training and ensuring that freelances are given better support, and that police deal with cases more robustly and consistently."

Key findings of the NUJ survey include:

In response to the survey, NUJ members also provided personal testimony, including the following comments:

"Threatened with knifes, hit with glass bottles, all sorts."

"My house was firebombed twice… I had to move."

"There was a person jailed for stalking me who used my public profile as part of the campaign of intimidation against me. I have had to leave home on occasions due to death threats and my house has had to be fitted with extra security measures such as cameras and a reinforced door"

"I was reporting from a crown court trial. A witness sent me a threatening message. I had to report the incident to the police."

"I experience online stalking, and the stalker repeatedly attempts to contact my family, friends and children. If blocked on social media, they just change the account name or set up a new one and carry on."

"When I had death threats and rape threats for one piece I wrote, nobody understood how bad it was. The abusers found me on every platform, there were thousands of abusive messages and I was afraid for my family that I would be doxed (have my address posted online). The editor and my desk editor didn't even ask if I was ok and they obviously knew how bad it was because they were getting messages calling for me to be sacked. I felt completely alone. There was nobody to talk to and no procedure to follow."

"I'm a freelance reporter and there is no legal obligation for the outlets I write for to support me."

"What I've suffered is standard when you're a woman in sports journalism."

"Trolls in the reader's comments section are becoming bolder, more threatening and more vicious and it is having a detrimental effect on the confidence of reporters, particularly trainees and newly qualified reporters who may lack experience. The issue is compounded by the fact that many big corps have laid off many of their more experienced sub editors and sports/feature writers meaning there are less experienced hands in the newsroom to deal with this level of aggression."

"Outside broadcasts are now undertaken with minimal staffing – usually just a reporter and camera operator. No floor manager, no-one to watch your back when you're broadcasting. It is an open invitation to anyone who wants to make a name for themselves by having a pop at a presenter, live on air."

"Unregulated comment normalises abusive, negative attitudes and undermines trust in journalism. Moreover, the drastic reduction in staff numbers does not help – overstretched reporters working without the support of subs and experienced editors cannot be expected to produce the volume of quality news that online audiences desire."

The United Nations General Assembly has proclaimed 2 November as the international day to end impunity for crimes against journalists.

On the UN day to end impunity for crimes against journalists, the NUJ released the results of a research survey highlighting threats and safety issues...

On the international day to end impunity for crimes against journalists, the International Federation of Journalists (IFJ) has launched a global campa...

Council of Europe reports a wave of attacks on media freedom