The NUJ's new campaign calls for fair pay across journalism, providing practical support to chapels in their engagement with employers.

Bargaining with employers on fair pay is core to the work of the NUJ. Journalism is a vital public service that benefits us all, yet pay has remained stagnant or low for many NUJ members. Our union-wide pay campaign is calling on chapels to adopt practical action that seeks to restore wages.

A pay campaign tailored to the needs of members in each chapel is likely to gain support and achieve successful outcomes. Remember, the success of any campaign will require member input. Use newsletters, social media and surveys to ensure people are kept updated and feel part of campaign action. Pay champions can help spread knowledge of your campaign, encouraging others to mobilise on the issue too.

The cost of living crisis has had a financial impact on members' pockets, and those on low pay may find it especially difficult to juggle commitments. A campaign focused on increasing pay rates for members at your chapel can address both pay disparity and low pay. Research indicates that being in financial difficulty can lead to poor mental health and so successful pay campaigns will span beyond immediate financial reward. When campaigning to improve low pay rates, consider these actions:

Organisations are not required to state the salary offered for roles on job applications, and can ask applicants information about their current/previous salary. Research has shown that by removing requests for information and being transparent about salaries on offer, women can have a fairer chance at negotiating pay. Action that can help tackle inequality and reduce the gender pay gap is an important part of any pay campaign.

Chapels should consider adopting pay transparency as part of campaigning, asking employers to commit to disclosing salaries and a review of information presented as part of application processes.

Before submitting a pay claim, it's important to ensure you've collated supporting evidence. Consider including information on:

Although pay claims can be submitted throughout the year, timing them to coincide in advance of the last quarter when companies often review their finances can prove fruitful. If adopting this approach, ensure you have your evidence collated ready to present, before September.

The NUJ has joined calls from unions urging government to introduce mandatory ethnicity pay gap reporting. We know that holding employers to account is critical in addressing the discrimination and inequality faced within workplaces. As part of your campaign, engage with employers about collating and publishing this information.

When circulating chapel surveys, include a voluntary option for members to disclose their ethnicity and whether they have a disability. This will allow you to analyse responses in further detail and identify any trends.

When speaking with employers, remind them of the Equality and Human Rights Commission report outlining useful steps they can take in removing barriers to progression for disabled and minority ethnic staff. 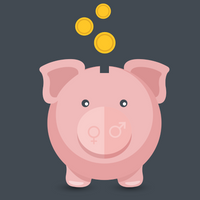 The Equality Act 2010 makes clear that men and women in the same employment doing 'equal work' must be given equal pay. In 2020, the NUJ supported BBC presenter Samira Ahmed, in her equal pay tribunal case with her employer. The judgement in her favour found a male colleague had been paid more than six times more for 'like work'. This means it involved similar tasks, knowledge and skills to carry out with any differences in the work are not of practical importance.

Chapels should ask employers whether they undertake equal pay audits to ensure information held is accurate. Access our detailed page on equal pay and include calls in your campaign.

Should you be getting holiday pay?

Many UK freelances and casuals are entitled to holiday pay in law, but an NUJ survey found that almost nine in 10 did not receive it. Are you losing out? You could be a worker and entitled to paid holiday if:

If you think you are due holiday pay, contact [email protected].

In the UK, statutory holiday pay must include any 'guaranteed' overtime. This is contractual overtime that your employer must offer, and you must accept. This applies to all 5.6 weeks of statutory holiday.

Holiday pay has been improved by rulings in both European and UK courts. Rulings from the ECJ apply only to the four weeks of holiday under the WTD. Many employers, though, have chosen to ignore the distinction and calculate all 5.6 weeks of holiday pay in the same manner.

The ECJ ruled in 2011 that holiday pay must be the same as your normal wages. It must include all the pay components you would normally have earned, had you been at work rather than on holiday. The Court's reasoning was that workers might be put off from taking holiday if they thought they were going to lose money. The same ruling also required holiday pay to include any component of normal wages regarded as being "linked intrinsically" to the performance of the worker's contractual tasks.

Other ECJ rulings have confirmed that:

If you do not have a normal pattern of working hours – for example, if you work intermittent shifts under a zero hours contract – then a week's holiday pay must be based on your average weekly pay in the year before you take the holiday. Any weeks in which you earned nothing should be disregarded. The same arrangements apply if you work irregular hours under a permanent contract, but for only part of the year. The 52-week reference period was introduced in April, 2020; prior to this, the figure was 12 weeks.

Should you be getting paid holiday?

Should you be getting paid holiday?

Our Fair Deal for Freelances campaign highlights that when negotiating pay with employers, chapels must invite the freelance representative to engage in discussions. Freelances form a large part of NUJ members and should have full voting rights so they can fully participation in chapel activities.

The covid-19 pandemic led to a shift in how many work. For our members working across the media industry, this has meant office closures and an increased requirement to work from home. Employers should be pushed on what home working allowances they are making available to staff.