Downstairs at the NUJ… with Sir Harry Evans

Facebook is an open sewer, Google aids sex traffickers, Trump is a liar, Murdoch is also a liar, but also a great innovator, and Paul Dacre… plays a good round of golf.

The packed room at Downstairs at the NUJ was told not to expect fireworks from a mischievous Sir Harry Evans, but the sparks were flying during a conversation with Tim Dawson, the union's president, and members during a Q&A session.

The eminent journalist may be knocking ninety, but he was still as fired up about journalism, news, truth and good writing as he was on the day when he cycled to his first job at his first local newspaper, in Ashton-under-Lyne, aged 16.

The former editor of The Sunday Times and The Times, founding editor of Condé Nast Traveler, president and publisher of Random House, author of many books and now editor-at-large at Reuters had plenty to talk about.

He now lives in the States with his wife, journalist Tina Brown, but keeps up an interest in the UK's press. He is a supporter and patron of the Royal Charter-backed press regulator, Impress, and was keen for Leveson Two to go ahead. Presumably he will now have something to say about the government dropping the second part of the inquiry into the ethics and culture of the press.

While he painted a nostalgic picture of his first day as a journalist, hearing the clattering of the linotype machine, he has embraced innovation in his trade. After reading five newspapers over breakfast he then moves on to the web. His gripe with the internet behemoths is not the medium, rather it is their failure to take responsibility for the fake news they propagate. "When I was an editor, I was responsible for what I published, and so should they," he said.

He cited an article in The New York Times by Nicholas Kristof which said lobbyists working for Google lobbyists were briefing Washington against supporting the Stop Enabling Sex Traffickers Act, because they feared it would remove the immunity internet companies have over their platform contents, including Backpage.com which is used by pimps and traffickers.

Pro-gun enthusiasts are already running stories and websites saying the latest school killings in Florida were a hoax, he said. "During the last election, 20m people saw information from Russian bots; all anti-Clinton and pro-Trump," he added.

This is why journalism – and particularly print journalism in the States – is enjoying a revival. It is providing a bulwark against the lies of Trump and the lies on the web. "The first lesson is to get it right," he said. "If you don't get it right you are betraying the profession and encouraging the enemies of truth."

Kristof's story was proof that investigative journalism was still flourishing, said Sir Harry, also citing his former Insight team colleague, Elaine Potter, who is still going strong at the Bureau of Investigative Journalism. It was The Sunday Times Insight team which was responsible for the defining story of Harry Evans' career, the exposé of the thalidomide scandal.

He famously took the pharmaceutical industry on over the drug, used to treat morning sickness during pregnancy, which led to babies born with deformities during the Sixties. In 1973, £20m in compensation was won for UK victims. He is still involved; the pills are still be sold in Peru and in counties, such as Spain, compensation has still not been paid, he says.

Inevitably, the name of Rupert Murdoch was mentioned. Sir Harry admits to still remaining bitter about being stitched up over the sale of The Times and Sunday Times when the media mogul made a secret deal with Margaret Thatcher, beating his management buy-out bid.

He went on to edit The Times for Murdoch, but it went sour when, according to Sir Harry, Murdoch betrayed every promise he had made on editorial interference. On The Sunday Times, he had enjoyed a free hand with the then owner, Roy Thompson, who told him he could do anything except insult the Queen.

When pushed to give his opinion on Paul Dacre, he joked about the Daily Mail editor-in-chief’s golf swing, but admired his stand on naming the suspected killers of Stephen Lawrence. "He's a brilliant guy in the wrong universe," he said with a twinkle. 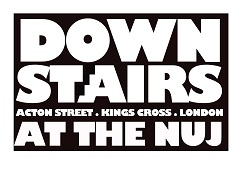 At the end of his show, Sir Harry joined members for a drink, chatted to former colleagues from his editor days at the Northern Echo and signed copies of his book, Do I Make Myself Clear?

In a world of fake news, for many, Sir Harry is a true hero.