Elections have been held for the union's officers and committees. 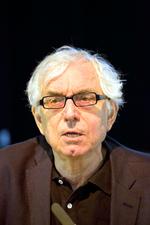 Pierre Vicary, a BBC World Service journalist, has been elected as president of the union. Pierre was born in London to an English father and Swiss-French mother. He then lived in Germany, Switzerland and France and was sent to an English boarding school during his teens. He moved to Australia and after doing some labouring work won a scholarship to university in Sydney where he studied languages and edited the student newspaper. This led to a job with the Australian Broadcasting Company (ABC), which sent him to London as a foreign correspondent where he became a culture journalist.

He returned to Australia and taught radio journalism until he was sent to the United States where he filed political stories from New York and Washington. He set up a Central and Eastern bureau, based in Zagreb and in the heart of the action for ABC. He covered the fall of the Berlin Wall, the defenestration of the Ceaușescu regime and the wars in the Balkans.

In 1995, he got a job with the BBC World Service in London and has been there since, now as a freelance. He soon became active in the NUJ, was the long-term chair of the Broadcasting Industrial Council and has been on the NEC for 10 years. He is known as a doughty fighter for journalists' rights and decent pay. He speaks French, German, Italian and Serbo-Croat (as well as English) and is a supporter of Chelsea football club. 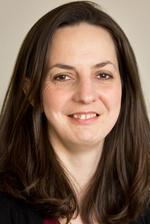 Natasha Hirst has been elected as vice-president. She is a freelance photographer based in Cardiff. Originally from a science background, gaining a PhD in physical chemistry, Natasha became active in the NUS disabled students' campaign while at university and served as NUS Wales president 2003-04. She spent four years as equality officer for the Wales TUC and two years as a political researcher and constituency photographer for the first minister of Wales. She has been freelance since 2010, specialising in political and campaigns photography. She has remained a committed trade union and disability activist with a wide range of political and community interests, including serving on the Heritage Lottery Fund Committee for Wales and as a director for Disability Wales. Natasha is the current chair of Disability Arts Cymru. She said:

"I am delighted to become the next vice president of the NUJ. It's an honour to work alongside so many excellent activists and to have the opportunity to continue campaigning on issues that are close to my heart: protecting and promoting journalism and journalists' rights and being a strong advocate for increasing diversity across our industry.

"Being an NUJ member meant that I had support around me when life was hard. Becoming an NUJ activist gave me a stronger voice and provided opportunities to make a real difference for myself and others. Our industry has many challenges ahead and I look forward to playing my role as the NUJ continues to fight for a better future for our members." 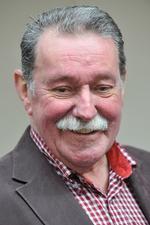 John Barsby is re-elected honorary general treasurer. John represents East Anglia on the NEC, is an NUJ Member of Honour, former president and long-serving member of the NEC and has chaired Finance Committee for several years. He was the longest-serving chair of the Broadcasting Industrial Council and much of his work is involved in BBC negotiations and representing members in regional television and local radio.