The NUJ has signed a letter in support of Catherine Belton, the publisher of Putin's People, and others intimidated by aggressive lawsuits.

SLAPPS are strategic lawsuits against public participation. These are used to silence and harass journalists and writers and embroil them in  expensive, numerous and baseless lawsuits.

The UK Anti-SLAPP  coalition,  co-chaired by the Foreign Policy Centre, Index on Censorship and English PEN, has developed proposals  for reform to counter legal intimidation and SLAPP in the UK.  Please give your feedback  by 31 December 2021.

The group called on the Ministry of Justice to consult on an anti-SLAPP law which would include an early dismissal mechanism to rule out SLAPPs. Courts would be permitted to issue security for costs and, where essential, civil restraint orders along the lines of those imposed on persistently vexatious litigants. The law should also rule that costs are borne by the litigant, if a case is ruled to be a SLAPP.

Resources to find out more information about SLAPPs, initiatives to counter them and practical support.

The letter to the UK government 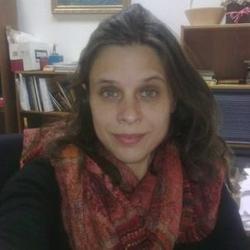 are being brought against journalist and author Catherine Belton and her publisher HarperCollins.

The two defamation lawsuits are being brought by Russian businessman Roman Abramovich and the Russian state energy company Rosneft in relation to Belton’s book, Putin’s People: How the KGB took back Russia and then took on the West, which was published in April 2020. [Rosneft has since dropped its suit]

Abramovich’s complaint relates to 26 extracts in the book, including the suggestion that his purchase of Chelsea Football Club in 2003 was directed by Russian president, Vladimir Putin. Rosneft’s complaint relates to claims that they participated in the expropriation of Yukos Oil Company, which had been privately owned by businessman Mikhail Khodorkovsky. Both claims were filed in March 2021.

We believe that the lawsuits against Belton and HarperCollins amount to strategic lawsuits against public participation (SLAPPs), referring to a form of legal harassment used by wealthy and powerful entities to silence journalists and other public watchdogs.

SLAPPs are used to drain their targets of as much time, money, and energy as possible in order to bully them into silence. The individual may be sued personally and several lawsuits may be brought at the same time, including in different jurisdictions. These are hallmarks of SLAPPs, and they’re consistent with what Belton and HarperCollins have faced.

Five separate claims were initially filed against Belton and HarperCollins, but three have since been resolved without the need for costs or damages being awarded to the claimants. In June 2021, Abramovich filed an additional lawsuit against HarperCollins in Australia in relation to Belton’s book.

"We, once again, urge the UK government to consider measures, including legislative reforms, that would protect public watchdogs from being subject to burdensome, lengthy, and financially draining legal actions, which can stifle public debate. Our democracy relies on their ability to hold power to account.”