The Orwell Society Young Journalist’s Award, organised in conjunction with the NUJ, George Orwell’s union, recognises the writing of promising students of journalism or working journalists aged 30 or below. Prizes totalling £4,000 were awarded across two categories, with each winner receiving £1,500 and £500 going to each runner-up.

A distinguished panel of judges including George Orwell’s son, Orwell Society Patron Richard Blair, agreed that two entries were of particular note, and in keeping with the guidelines for the awards that entrants should demonstrate how Orwell’s life and works have been an influence on them. 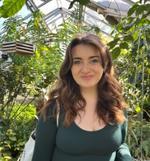 Applicants could enter one of two categories, submitting either a review, or a column. The best column was awarded to University of Cambridge postgraduate Quincy Elise de Vries, for her examination of The Cult of Personality of Elon Musk. Meg Byrom, also a  Cambridge student, won the review category for her entry, Sam Fender: the canary in the coal mine? Runners-up in the column category were Harry Goodwin, University of Cambridge, and Oliver Haynes, City University, London.

“The inaugural award in partnership between The Orwell Society and NUJ, with such generous monetary and membership prizes, has encouraged the emergence of a new generation of journalists concerned about political and cultural developments, social injustice, and holding power to account in the UK and internationally.

“We congratulate the winners, runners-up and highly commended as they are launched into what we hope will be long, impactful and rewarding careers in journalism. I extend my thanks to the panel members — including George Orwell’s son, Richard Blair, who is Patron of The Orwell Society — for their insightful contributions and look forward to the next iteration of the award in 2023.”

“The Orwell Society’s members and trustees are proud to see how the OS/NUJ Young Journalist’s Award 2022 is both honouring and recognising talented student journalism so evidently inspired by George Orwell’s example.”

"The NUJ is pleased to be supporting this award in honour of our former member George Orwell. We are delighted that it is encouraging young journalists to take up the social issues and spirit of George Orwell's journalism and his lucid and precise prose."

Winners in both categories were presented with their awards and recognition for their excellent contributions at The Orwell Society AGM, on Saturday May 7th.

The Orwell Society is the official society dedicated to promoting the life and works of George Orwell, author of Nineteen Eighty-Four and Animal Farm and other important books and essays. The Society is a registered charity in the UK and aims to keep the study of Orwell alive through its educational activities. The Society’s patron is Richard Blair, Orwell’s son. www.orwellsociety.com About George Orwell George Orwell (1903-1950), born Eric Arthur Blair, was one of the 20th century’s most prolific and influential literary journalists and authors. In a relatively short career, cut short by his death from tuberculosis at the age of 46, Orwell produced some of the most important works of fiction by any English writer in history, including dystopian masterpiece Nineteen Eighty-Four and Animal Farm, as well as a huge collection of essays, literary reviews, letters and reflections on poverty and the condition of the working class in Britain, the politics of the left, the rise of fascism in Europe and the Second World War, and the state of contemporary literature and journalism.

Megan Byrom, Sam Fender: the canary in the coal mine? student journalist, University of Cambridge

Estelle Uba, How ‘Squid Game’ is a microcosm of capitalist society, student journalist, University of Leeds.