As part of the Festival of Debate, in partnership with Media North

In July 2021, Home Secretary Priti Patel published a consultation paper with proposals to reform the Official Secrets Act. At the height of the pandemic the consultation received scant attention in the media. The proposed bill includes a major crackdown on 'unauthorised disclosures', or leaks of sensitive information. Much hard-hitting investigative journalism is based on such leaks.

The bill equates investigative journalism with spying, and is a direct threat to the ability of journalists and their sources to make public their information about wrongdoing. Indeed the proposals want to eliminate a 'public interest' defence. It says this would 'undermine our efforts to prevent damaging unauthorised disclosures'. The new law should also be seen as part of a broader project on the part of Priti Patel’s Home Office to cut down civil liberties by legislative means.

An impressive panel of experts provide the details on the threats contained in the proposals, and indicate what we can do to challenge them. 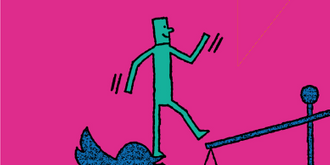 Become an NUJ health and safety rep with the union's three-stage training.

This one-day course, for those who are thinking about going freelance or have recently done so, will provide you with practical advice on your first s...