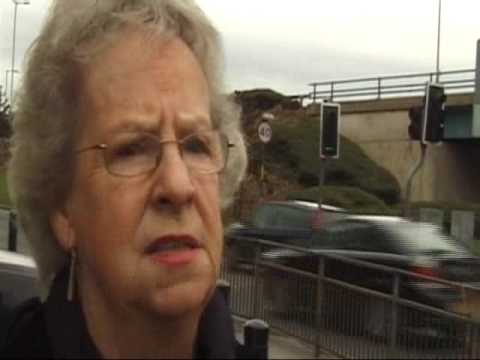 The two bosses spoke briefly to strikers as they arrived at the building. Johnston Press's operating profit for 2008 was £128.4 million.

The journalists were joined by Jeremy Dear, NUJ general secretary, as they leafleted JP chiefs and city workers about their fight against job cuts. NUJ members from the Leeds-based titles are in their thirteenth day of strike action.

"These profits are not as high as the record levels of previous years – but Johnston Press is still taking millions of pounds out of local economies where they are also cutting jobs.

"The profit margin of 24 percent is much higher than most industries would dream of achieving.

"We want Johnston Press to invest these profits into quality papers and websites to safeguard the future of the company – not to use them as a get rich quick scheme for speculators."

The NUJ is running a union-wide campaign against media cutbacks.