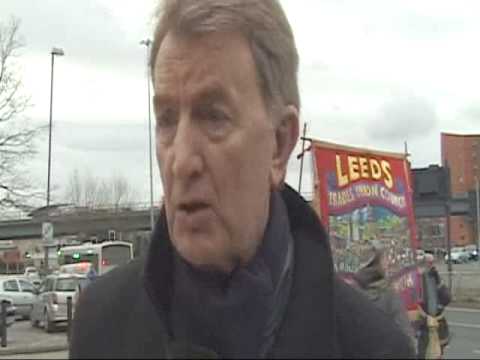 Journalists at Yorkshire Post Newspapers, who start a second four-day strike tomorrow, have given their management notice of further industrial action. The announcement follows the discovery that the Press Association (PA) has been producing pages for the newspapers while the journalists have been on strike.

NUJ members at the Johnston Press-owned titles plan to hold two further one-day strikes and four union meetings during work time. The dispute is over redundancies and the future of quality journalism at the Leeds Weekly News, Yorkshire Evening Post and Yorkshire Post.

NUJ members also plan to leaflet Press Association (PA) offices during the strike. The chapel has learned that, during last week's stoppage, hardly any editorial work was being done at the company's Leeds headquarters.

The few local strike-breakers sent copy and stories to PA who also had dedicated reporters working for the Yorkshire Post and Yorkshire Evening Post. PA produced pages based on the papers' usual templates.

"This has made us more determined than ever to recruit more PA journalists into the union.

"The Yorkshire Post Newspapers joint chapel are steadfast and determined to fight to save jobs and protect the quality of their papers and websites."

"I visited the picket line in Leeds and was impressed and uplifted by the spirit of the NUJ members and their supporters.

"The union will continue to back them in any way we can."

The members in Leeds will strike from tomorrow until Sunday. They will walk out again on Wednesday 4 March and Saturday 7 March. They have given notice of holding mandatory chapel meetings on Thursday 5 March, Friday 6 March, Sunday 8 March and Tuesday 10 March.

The strikers have produced videos from the picketlines and a blog.

A number of other workplaces are taking action or balloting for action over redundancies as part of the union's ongoing campaign against media cutbacks.