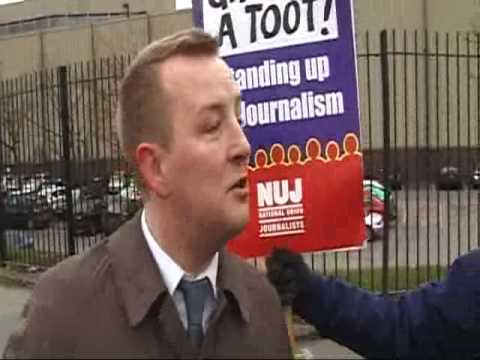 NUJ strikers in Yorkshire have received a message of support from Barbara Taylor Bradford. The best-selling novelist started her writing career on the Yorkshire Evening Post.

More than 140 NUJ members are also on strike for a fifth day in Yorkshire. They are protesting against redundancies at the Johnston Press-owned Leeds Weekly News, Yorkshire Evening Post and Yorkshire Post.

In a message from her New York home, Barbara Taylor Bradford said:

“I started my newspaper career on the Yorkshire Evening Post when I was a young girl and I certainly stand behind the journalists now on strike because of the redundancy threats.

“Their fight to save local newspapers is truly a valid one. It would be a sorrowful day for everyone in the UK if regional newspapers were no longer published. I can only say to those journalists who are striking ‘fight the good fight and pray to win.’ I’m rooting for you!”

“I salute both chapels for their determination to stand up for journalists and journalism.

“Their fight is vital for the future of our profession. I urge NUJ members, other trade unionists and anybody who cares about good quality independent media to send messages of support to both picket lines.”

UK Members of Parliament have tabled early day motions in the House of Commons supporting both strikes.