'Who's terrorising who?' asks the 2009 Claudia Jones lecture 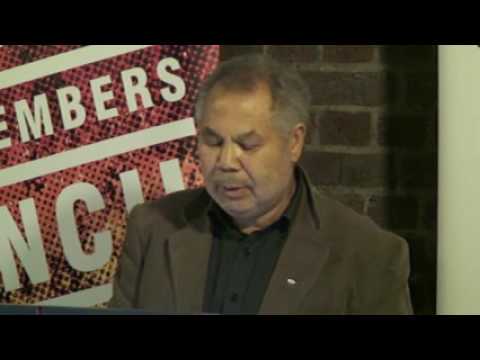 Liz Fekete, a leading figure in the battle for racial equality, delivered the 2009 Claudia Jones memorial lecture. The Executive Director of the Institute of Race Relations, gave a talk entitled "Who's terrorising who? The media and the war on terror".

The lecture, organised by the NUJ's Black members' council, is held annually in recognition of Claudia Jones, the West Indian born publisher and editor of one of Britain's most renowned and pioneering Black publications, The West Indian Gazette. 2009 was the eighth annual event.

Liz Fekete said she was "humbled and honoured" to be asked to give the memorial lecture.

Liz Fekete has written and lectured widely on issues of migration, race and security in Europe. She edits the European Race Bulletin and was an expert witness at the World Tribunal on Iraq, a group set up by human rights campaigners to examine the impact of the recent war.

The Institute of Race Relations runs a free news service on race relations issues. The institute also has an archive which includes many items relating to Claudia Jones.

"Liz Fekete has a strong background in campaigning on issues that would have been very close to Claudia Jones' heart. The NUJ's Black members council are delighted that she has agreed to deliver this year's lecture."