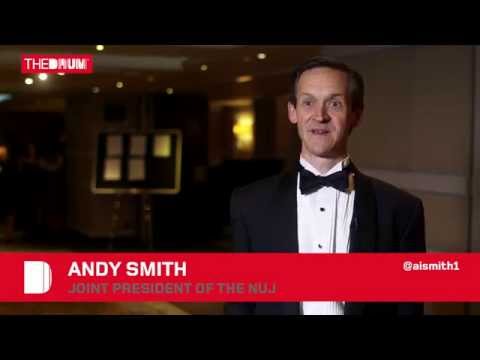 Vice News won the Grand Prix prize at the Online Media Awards in London on Wednesday. The award recognised the site's series of videos on The Islamic State.

Vice also won a Breaking News Story of the Year award for the same series of videos, while Alex Miller, their Global Head of Content, won Online Editor of the Year.

The Online Media Awards, organised by marketing website and magazine company The Drum, "identify the cleverest, boldest and most original purveyors of news and views from around the world." The NUJ has been sponsored the awards for the last four years.

The other big winners were:

Andy Smith, NUJ President, who presented a number of the awards, said:

"These awards celebrated the basics of journalism – a good story told well. The breadth of nominations showed how much great work is being done by journalists, ranging from Reuters, one of the oldest names in the industry, to new arrivals like Vice."