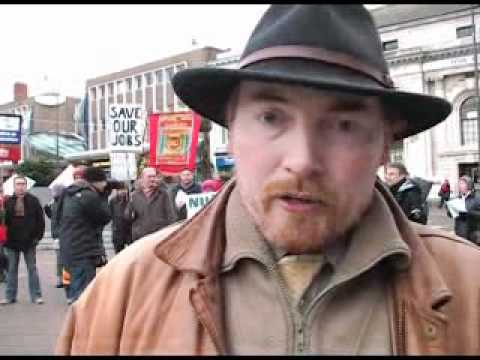 Striking Newsquest journalists have brought their dispute over pay and job cuts to the multinational group's bosses.  They held a demonstration outside the company headquarters in Weybridge, Surrey on Friday.

NUJ members on strike last week against Newsquest at Southampton, Brighton and Darlington have won support in the communities they serve for their campaign to defend local jobs and journalism.

Messages of support have been flooding in to the strikers from journalists and other trade unionists across the UK and Ireland. Many are listed on the Darlington NUJ strikers blog.

"We're bringing this long-running dispute to the doorstep of Newsquest chief executive Paul Davidson, the man who has refused every attempt by the NUJ to resolve the issues through negotiation and the ACAS conciliation service.

"We want the people of Weybridge to know that a company based in their town is destroying proper local journalism in many places across the UK. We think Newsquest shareholders also need to recognise that the group's refusal to talk is endangering their long-term interests, because journalists are very angry and they want justice.

"Newsquest's American owners, who are happy to treat our members and their work as a poorly-paid source of profits, need to recognise that in the UK we seek to resolve disputes wherever possible through negotiation rather than confrontation.

"However, Newsquest did say it has no objection to its local journalism centres using the services of ACAS to seek a negotiated settlement. So, the NUJ's challenge to Newsquest is clear: let's get round the table and start having some serious talks now. We're ready to talk – what's Newsquest waiting for?"

"This demonstration was supported by the overwhelming majority of the journalists employed in Southampton and Brighton. Any company that has lost the confidence of its employees on this scale needs to reassess its position and listen to its workers more."

In Darlington on Thursday, NUJ strikers led a march through the town, supported by Darlington Trades Council. They chanted: "No ifs, no buts, no Northern Echo cuts!" – reflecting the fight against redundancies that is a major element of the Newsquest dispute.

"The spirit on the picket line has been magnificent. The determination of our members to protect jobs and be properly treated by their employer is really inspiring. They've got wholehearted support from the readers and communities they serve."