Still no justice in India 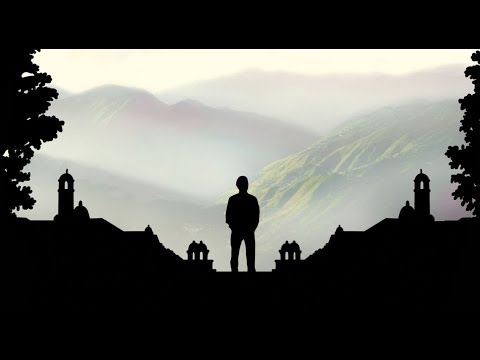 There was a sense of disbelief on hearing the news of senior congress leader and former MP, Sajjan Kumar’s acquittal of all charges in his role in the murder of innocent Sikhs in November 1984. The violence, following prime minister, Indira Gandhi’s assassination, resulted in around 8,000 dead (3,000 in the Indian capital, New Delhi alone) in a three day pogrom that engulfed the whole of India. Protests broke out in the capital following the decision.

In much of the outer areas of the capital, New Delhi, controlled by such leaders like Mr Kumar, whole Sikh neighbourhoods were wiped out. All the men and boys were slaughtered by organised death squads and the women raped. Journalists Rahul Bedi, Joseph Maliakan and Alok Tomar stumbled across one such area in East Delhi. As late as 2011, new mass graves were found in areas hitherto not accounted for.

The plan ‘to teach the Sikhs a lesson’ was finalised on the night of 31 October in meetings held between the congress leaders and senior police chiefs. The logistics put in place and 3 days free reign was given to the mobs. The police, ‘a pack of wolves in khaki clothing’ would ensure things went to plan. The prime minister, Rajiv Gandhi and his home minister kept the army out long enough for the killings to run into the thousands.

Any evidence relating to the organisers and the violence was prompted destroyed. For the next three decades, a policy of intimidation and threats ensured for the witnesses.

As one of the victims put it, this has been a ‘game of cat and mouse’, stage managed by the congress party with the help of the police.

In the years afterwards, HKL Bhagat, in whose constituency the most Sikhs were killed, was rewarded with the ministry for information and broadcasting in Rajiv Gandhi’s new cabinet. Jagdish Tytler was made civil aviation minster. Both Kumar and Tytler were given party nominations to fight the 2004 and 2009 elections by congress president, Sonia Gandhi. The feeble apology offered by prime minister Manmohan Singh in 2005 failed to acknowledge or confront the horror of the organised carnage and refusal to accept that his party was involved.

In a case involving former congress MP, Jagdish Tytler, a Delhi court reprimanded the central bureau of investigation (CBI) for not recording witness statements before clearing Tytler, who is alleged to have incited mobs to kill Sikhs in his Delhi constituency.

Surprisingly there has been no monument or remembrance point in India to mark the events. Recently though, steps have been taken to establish a memorial to the act of genocide, despite opposition from the powers to be.

What now for the campaign? Some have argued there is no hope for justice. Others point to placing the cases before the Indian supreme court. If so, the process must be free from both police and political interference, witness protection provided and justice not delayed any longer.

The Indian state and media, including the BBC, should also stop reducing the enormity of the 1984 events by referring it to a ‘riot’. This was a state-sponsored pogrom plain and simple.

Bloomsbury will be publishing the novel, Helium by Jaspreet Singh in November 2013, based on the events in 1984. The book is based around a very painful time in India’s history and raises questions about the silence around the enormity of the 1984 genocide both in India and abroad.

The justice campaign was backed by NUJ delegate meeting in Southport in 2009. Motion 147 instructed the general secretary to write to the secretary of state for foreign and commonwealth affairs, urging the British government to raise 1984′s anti-Sikh massacres with the Indian high commissioner.

Parvinder Singh of the NUJ book branch told DM about the campaign and how the Indian government believed that the anti-Sikh massacres in November 1984 were a natural reaction to the assassination of India Gandhi. Twenty five years later none of the key perpertrators have been brought to justice.

"The NUJ is on the side of the widows in pursuit for justice and it’s high time that the Indian Government come clean.

"It is important for all peoples that we seek not just the truth about the events of 1984 and beyond in Punjab but that we also act for justice."