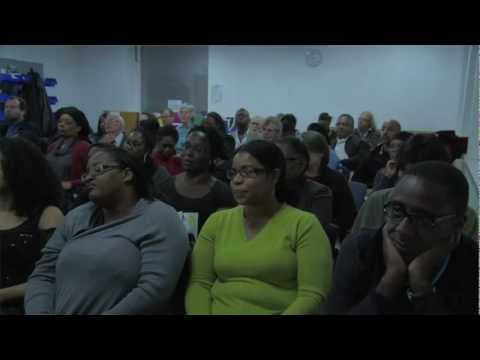 "What was it that happened in those towns and cities? Was it a riot or an uprising?" Hugh Muir asked a full house at the 10th annual Claudia Jones memorial lecture.

"David Cameron said it was 'criminality pure and simple.' And there was criminality there, but a lot of other things besides, so it wasn’t pure. And it certainly wasn’t simple."

The title of Hugh Muir's lecture was "Unravelling Social Inequalities, and Social Unrest". You can read the full speech.

The lecture is held every year as part of London’s Black History Month in honour of Claudia Jones, who was a pioneering radical journalist. Read more about the Claudia Jones memorial lecture.