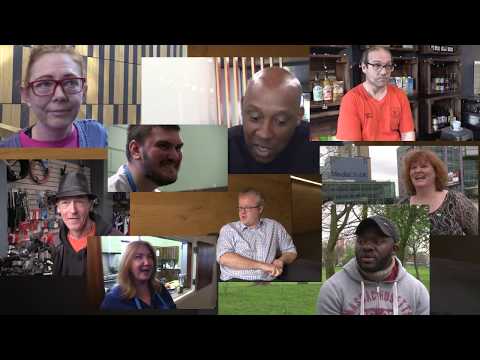 The NUJ Manchester and Salford branch has released a new film made by young people to talk about the experience of poverty. The film asks media workers to consider how they tackle the subject and better understand the root causes why people find themselves dependent on benefits.

The young film-makers come from the Reporters’ Academy in Salford. They conducted the interviews, storyboarded a draft, were trained in using media equipment and editing. Some of the film-makers have experienced low pay, homelessness and have relied on benefits, and they were keen to help challenge the misconceptions and stereotypes about poverty.

"Poverty is a major issue for society today. The great thing about these guidelines is they have at their heart the voices of the people in poverty and that’s immensely important for journalists and I think most journalists would welcome that."

Some of the responses from young people who worked on the project include:

"It was great to produce a film about a subject that not only affects my own community but every community in this country. It’s not often that a story can be of interest and value to almost everyone."

"It was important my interview questions were pitched correctly. I didn’t want the viewer to feel sorry for the interviewee but to understand that this is their life, day in, day out."

"It made me think more about the different approaches you may need to produce journalism which can be sensitive."

"It’s clear many readers, viewers and listeners think the way poverty is reported needs to be challenged and that journalists need to reconsider what it is they’re contributing to."