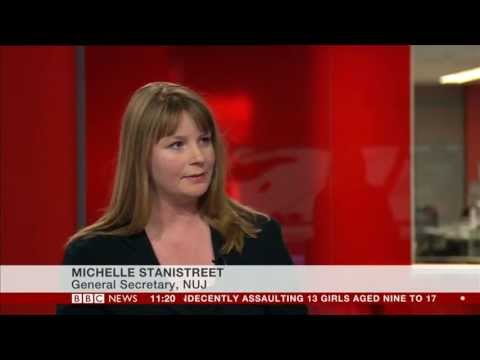 The NUJ has welcomed the publication of the 'Dinah Rose' Respect at Work Review, which outlines a series of measures intended to improve workplace culture and to eradicate bullying at the BBC.

Michelle Stanistreet, NUJ general secretary, said the report backed the NUJ's investigation into bullying and harassment at the BBC and that the union welcomed action to stamp out the problem.

"It is quite clear that bullying has become an institutionalised problem at the BBC, one that has taken hold over many years. The report's findings underline the fear factor that exists, particularly for those staff on freelance and short-term contracts, who know that speaking out and rocking the boat could damage their career prospects. Many see that bullies have been allowed to get away with shocking behaviour right under the noses of senior management, so have no faith that complaining will bring any redress.

"The NUJ's submission demonstrated the overwhelming scale of the problem. We included over 70 pieces of testimony in our report, and many more members, past and present BBC staff, contacted me but were too frightened to have their own shocking experiences included in case they were identified. The impact on individuals who've experienced appalling treatment at work has been immense.

"Our submission was eye watering stuff – people have been bullied because of their sexuality, or their race; women have been subjected to the most awful sexism; journalists have been openly attacked about their age and there are many others whose lives have been made unbearable for no discernible reason, people have been picked off simply because their face doesn't seem to fit.

"It is also clear that the way the DQF cuts have been carried out has exacerbated the problem, with some managers using the process as another chance to pick off and humiliate their victims. That is why our call for a moratorium on the cuts, to enable us to work with Tony Hall and assess their impact – on jobs, on quality journalism and on workloads – is a vital part of this process.

"That the BBC is now taking action and getting a grip of what is a toxic problem can only be a good thing. It is positive news that investigations will be carried out by an independent panel in future, although we remain concerned about how efficiently this can be delivered by an in-house approach. We will work with the BBC to monitor and review all the changes – it's vital that this is a genuine fresh start, one that marks the dismantling of a culture that has allowed bullying and harassment to take hold.

"As a result of our work there are several investigations into ongoing cases – the outcomes of those investigations and the implementation of the changes announced today will demonstrate how seriously the BBC and the management board is about wiping out bullying behaviour at the corporation."

The report – based on research and evidence compiled by external agency Change Associates and overseen by QC Dinah Rose – highlighted a number of problems within the BBC that have led to bullying and harassment.

As part of a package of changes designed to improve workplace culture, the report's recommendations include the introduction of:

The campaign will include surveys of workers across the media and entertainment industry and raise awareness of bullying and ways of tackling the problem. It will bring together its findings at a conference in London in November 2013.

Read the trade union section of Respect at Work report