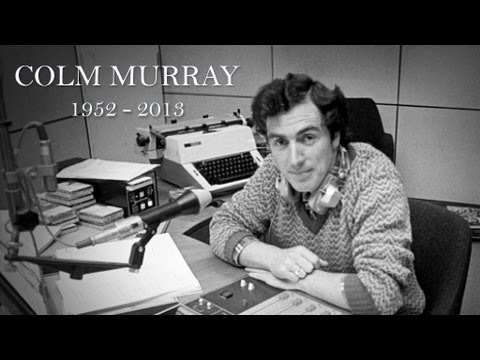 Statement by Séamus Dooley, NUJ Irish secretary, on the death of Colm Murray.

Colm Murray was a remarkable figure in Irish journalism. In a profession characterised by professional rivalry and jealousy Colm had no enemies. He was admired for his wit, his humour and his generosity of spirit. His stoical acceptance of his illness has served as a powerful inspiration and it is a cruel irony that someone who loved life with such passion should have been struck with such a debilitating illness.

He had a wide and eclectic circle of friends. Colm loved horse racing and was most at home on the race track, but his interests extended beyond sport to current affairs, music and culture.

Few could match his encyclopaedic knowledge of rural Ireland and he had a special affection for the Irish midlands, regularly giving of his time and talents to support community initiatives, especially in Westmeath and in Offaly, where he began his teaching career.

Colm was a committed member of the Dublin broadcasting branch of the NUJ and over the years his wise counsel was available to union officers.

On behalf of the NUJ, I extend sympathy to his wife Anne, daughters Kate and Patricia and to Colm’s sister Mary.