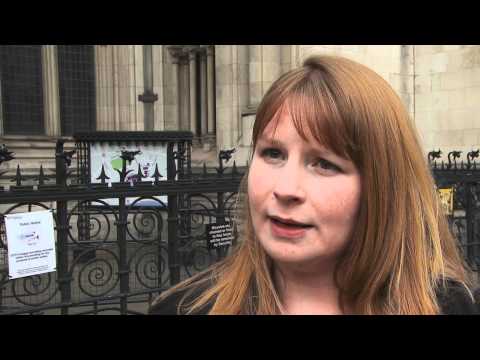 The Leveson Inquiry was established in July 2011 as a result of revelations of quite scandalous behaviour on the part of some sections of the press and which occurred under the watch of the now completely discredited Press Complaints Commission and its predecessor The Press Council.

The NUJ had to fight to be included as a core participant, joining the national newspaper groups, the police and a range of victims of the press.

The NUJ made a range of submissions to the Inquiry and each of the union’s submissions was made following consultation with members. A special Leveson Working Group comprising members and officials drawn from various areas of the union was established to assist in the development of policy in relation to the inquiry as well as with the formulation of our submissions.

The union's national executive council (NEC) and its Policy Committee were kept fully informed of all developments as they took place and approved each of our submissions. Our submission to Module 4 of the Inquiry in which we first proposed independent regulation with statutory underpinning was made in June of 2012 while our closing submission was made in July.

“We believe that if we are to achieve independent, accountable regulation it needs to be underpinned by statute enabling a framework for a new body to be established with clear terms of reference, and a structure that involves journalists and civil society as key stakeholders. This is absolutely not the same as state regulation, far from it.”

The submission was made available online on the union’s website and a print version was circulated to all members of the union with The Journalist.

Members of the NEC and Ethics Council have attended hundreds of meetings – speaking to chapels and branches but also taking the union’s message to others by sharing platforms with campaigning groups, politicians and members of the public.

The union proposed policy at TUC Congress this year and organised a conference in collaboration with the TUC and the Campaign for Press and Broadcasting Freedom in March.

Michelle Stanistreet and the chair of the union's ethics council Professor Chris Frost both appeared on Tuesday 10 July 2012 as witnesses at the Leveson Inquiry to outline the union's position on press regulation and Michelle also appeared as a witness in February.

There were no calls for a ballot at the time. Indeed, no motion critical of any aspect of the union’s various submissions to or participation at the Leveson Inquiry was submitted for debate at the union's Newcastle Delegate Meeting in October.

Lord Justice Leveson is due to publish his report in the coming weeks and this is clearly what has prompted the concerted attack on the NUJ by the press proprietors who are pushing for a continuation of the system of self regulation which has so signally failed journalism and the public over the past half century.

The NUJ’s participation at the Leveson Inquiry has been governed by the democracy which has served the union so well for more than 100 years. Members were consulted widely, all of our evidence was made available to the entire membership, and it was discussed and ratified at the Delegate Meeting in Newcastle.

There is no provision in our rules for a ballot on a question such as this. Indeed, a ballot is expressly precluded under rule. Rule 8 specifies that the NEC may ballot the membership only when required by rule or to comply with the requirements of a delegate meeting.

Nevertheless, there will be a requirement for the widest possible debate within the union following the publication of Lord Leveson’s report. It is extremely unlikely that the report will be fully in line with NUJ policy and we will have to decide on what attitude to take to it and its recommendations after it is published.

No purpose is being served by those who are calling for a ballot on something which the union has not actually proposed. The fight for a decent system of press regulation which promotes, supports, and safeguards quality journalism is just beginning. We should save our energy for that.