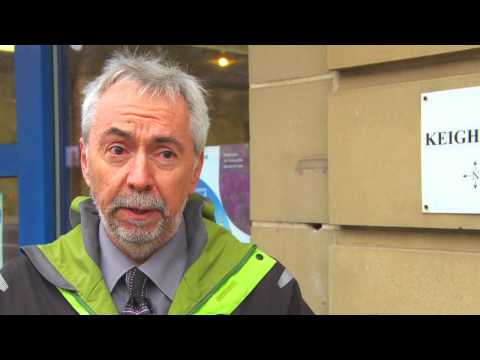 As journalists in York ended a week of action, which resulted in them losing a day's pay for attending a ten-minute meeting, other chapels in the Newsquest group are being urged to take action.

"We can break the Newsquest pay freeze if all Newsquest chapels stand together in the knowledge that they are being supported by colleagues across the country. You do not have to suffer in silence, you can use the power of the union behind you to force the management to the table and get the pay that you deserve for the talent you possess and the dedication you bring to your work as journalists."

Many journalists working for Newsquest titles have received only one pay increase of two per cent in the past four years. By comparison, inflation has risen by an average of three per cent each year since 2009 and the RPI annual inflation currently stands at or about three per cent. This means wages have effectively fallen by more than ten per cent over this four year period.

A survey of NUJ members in the Newsquest Essex (North) chapel found that staff are working  on average an extra day a fortnight in order to be able to do their jobs.

A letter to the management said:

"Editorial staff has been cut by a third in the past three years and the remaining staff have undertaken more work than ever. In addition to writing or subbing copy and taking photographs, we now upload articles and pictures continually to the website and keep our information feed current through Twitter.

"There is no administration support so yet another burden falls on the journalists. To assess our workload, we carried out a survey of hours worked over a four week period. It showed every journalist worked an average of ten extra hours over their 75 hour paid fortnight - the equivalent of more than 200 hours or five weeks of unpaid labour each year."

"Extra hours lead to staff feeling tired when they come home, often means the working day ends with a meal and bed rather than any form of private, social life. Staff feel stressed because they are unable to complete all the work that needs doing in the working day, and to bring some anecdotal evidence into this report some members have said they have struggled to sleep and wake up worrying about the work they have to do the next day."

The letter compared the wages of other professions, such as teachers, who with two years' experience will get a wage of £26,000, whereas a journalist can only hope for £21,000.  The chapel also called for more training available to be for staff, particularly in use of social media and new duties on the website.

NUJ members in Bradford held a mandatory chapel meeting on Wednesday to protest the pay freeze. Bob Smith, FoC, said: "It is very difficult for our members if they lose pay. A trainee on the Keighley News is on 7 pence more than the Living Wage and they have to feed their families and heat their homes."

Things you can do: