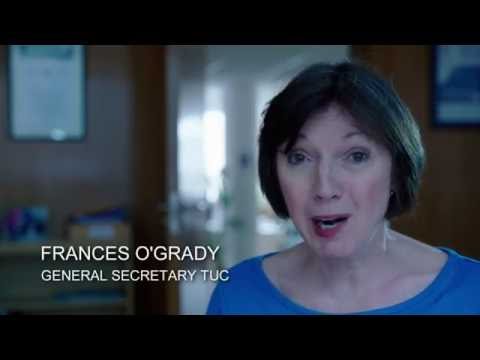 Concealing thousands of resistance leaflets inside a false-bottomed suitcase, Mike’s mission was to build and detonate non-lethal bucket bombs, propelling thousands of the smuggled leaflets across strategic commuter sites in Durban. Part of a secretive and coordinated plan to reinvigorate the liberation movement, Mike’s story alongside those of other volunteers known as the London Recruits is documented in a new film which charts this largely unknown chapter of the liberation struggle.

During the 1960s, the apartheid regime used ever increasing force and brutality to repress the liberation movement. The African National Congress (ANC) was outlawed and their remaining networks had been forced underground. Nelson Mandela and other leaders faced lifelong incarceration following the Liliesleaf arrests and subsequent trial in Rivonia in 1964. Leaders escaping imprisonment during the purge were driven into exile.

Setting up a secret operations base above a shop in Golders Green, Ronnie enrolled at the London School of Economics (LSE) and began building a network of volunteers for the covert South African missions. The idea was that the recruits, masquerading as young holidaymakers, business trippers or honeymooning couples, would be deployed in two person teams to attempt a number of clandestine forays once inside South Africa. White and assumed as apartheid’s natural allies, the recruits exploited this 'privilege' to help rebuild the remnants of the movement and provoke a new wave of struggle.

Mike Milotte was among those enlisted from LSE having recently secured an undergraduate politics degree. Speaking of the political fervor that categorized the contemporary landscape in sixties Britain, Mike said:

"It was a time of unprecedented protest across Europe: against the Vietnam War, the Greek military coup, Ian Smith's racist Unilateral Declaration of Independence (UDI) in Rhodesia, and apartheid in South Africa.

"I fully supported the anti apartheid struggle, so that was the basis for acceptance of the mission. But I’d also have to say that at the age of 20 being asked to participate in this was akin to being invited to join in a fabulous adventure with the added excitement of doing everything in a completely clandestine manner."

Born in Northern Ireland to a family that bridged the sectarian divide, Mike was active in electoral politics from a young age having joined the youth wing of the Northern Ireland Labour Party at 15. Recalling his political lineage, Mike said:

"I come from a powerful family tradition of working class socialist politics, going back at least to my maternal grandfather, a trade union activist in Belfast and Glasgow.

"When I was young I was taken on CND demonstrations, especially those against Polaris at the Holy Loch and in Belfast in the 1970s I was involved in the anti internment and anti repression struggle, and in advocating a socialist, non-sectarian alternative."

Accompanied to South Africa by fellow LSE graduate and activist John Rose, the pair undertook reconnaissance in Durban before assembling the materials for the 'leaflet bombs' that would mark the climax of their mission. Powered by gunpowder and a small explosive charge, the non-lethal bombs would detonate at strategic commuter sites propelling the smuggled ANC leaflets high into the air, stunning South Africa’s notorious secret police (BOSS) with the sudden reappearance of the liberation movement.

The ANC says to Vorster and his gang: Your days are coming to an end… We will take back our country!

To compliment the propaganda sting, handmade speaker boxes inspired by activists in Athens following the Colonels’ coup in 1967 were planted at the scene. The speakers projected a rousing declaration – the ANC was alive and preparing to renew the struggle – followed by the jubilant sounds of freedom songs.

In Britain, the NUJ were quick to respond to the worsening situation for South Africa’s black population. The union disinvested in subsidiaries with South African connections seeking to tackle the cash links that fed apartheid, including £1million plus investments in the Guardian Royal Exchange Assurance. The union also galvanized the power of free speech that was denied to the majority black population by speaking out about the censorship and repression of journalists in South Africa.

On one occasion, the NUJ publicized the gag on the 'subversive press' and the imprisonment of New Nation editor Zwelakhe Sisulu without trial under state of emergency regulations in December 1986.

Recalling the enduring lessons of the movement against apartheid, Mike said:

"As an Irish opponent of apartheid, my abiding memory is of the boycott of South African produce mounted by the women workers in Dunnes stores, the leading Irish supermarket.

"This was a prolonged struggle that won the workers international recognition and praise by progressives everywhere. It set a powerful example to rank and file workers, showing that even where there was official reluctance to engage in struggle, determination at grass roots level could win out."

In a world still dictated by racism and discrimination, the film London Recruits will tell the stories of those who risked their lives and liberty for their opposite number in South Africa, stories which still hold significance for activists and trade unionists today.

The filmmakers are asking for NUJ help - to meet their funding target by Friday 30 September 2016. If you would like to find out more about the film project or to donate then visit the film website - www.londonrecruits.com