The Freedom Walk at the IFJ Congress in Dublin  -  © Maxwell 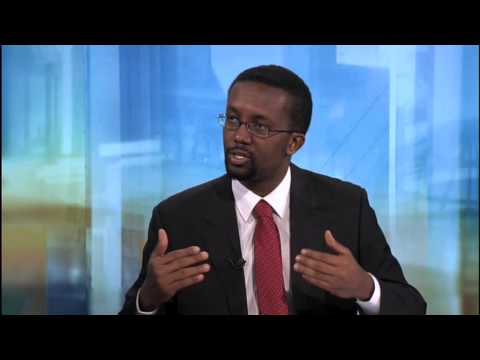 The International Federation of Journalists congress was opened in style by Michael D Higgins, the President of Ireland, who spoke of the need to protect media diversity and pluralism.

He warned of the dangers of "identikit news organisations chasing the same narrow commercial ground" and emphasised the importance of a free press to democractic society.

President Higgins told the 300-plus delegates gathered at the opening ceremony in Dublin's Royal Hospital Kilmainham:

"Journalists attempting to investigate and provide information on political and corporate corruption can often be hindered and intimidated by those with vested interests, including by use of violent means; which, if acceded to, would lead to a dangerous misrepresentation or even falsification of information which would not be in the interests of individual citizens and would obviously be detrimental to society at large."

He was welcomed at the opening by IFJ President, Jim Boumelha, who endorsed his call for free and democratic media across the world. The theme of the IFJ Congress, hosted by the National Union of Journalists (NUJ) of the UK and Ireland, was Leading the Global Fightback.

Jim Boumelha, a former president of the NUJ, was re-elected as president during Congress. In his opening speech, he outlined the challenges for journalist trade unions. He said:

"Most of us here have a multitude of first hand-experiences of media in tumult everywhere, and in some places in meltdown. Yes our industry is changing with potentially disastrous consequences for quality journalism.

"The mission of journalism seems to have all but evaporated with deep cuts in editorial budgets leading directly to less investment in journalism. Many of our media are now tiny parts of immeasurably larger corporate entities whose primary business often has nothing to do with news and their over-riding mandate is to provide a return on shareholder value and increase profits."

He said it was for unions and their members to stand up for journalism.

"Unions have the responsibility, as is the rest of the labour movement, to organise the fight back."

This included the battle to stop the killing of journalists and representing those thrown into prison for going about their job. He later said that, three years after the last Congress, the IFJ has become a larger and more vibrant organisation.

One of the highlights of the conference was a Freedom Walk in commemoration of the 408 journalists who died in the service of their profession since the last Congress.

It was a solemn and moving occasion as delegates, each holding a red carnation to represent fallen colleagues marched in silence from Dublin Castle to City Hall. They passed through the Dubh Linn gardens where Beth Costa, IFJ general secretary, and Jim Boumelha stopped to lay a wreath at the monument to Veronica Guerin, the Irish crime reporter murdered in 1996 by drug barons.

The delegates, representing journalist organisations from most of the 134 countries affiliated to the IFJ, passed motions condemning the policies of austerity in response to the global economic crisis and its effect on media workers and on getting better protection for journalists and monitoring the incidences of journalists who are threatened, jailed and killed while carrying out their profession.

Congress heard from the Russian Union of Journalists whose delegate described how its members are being killed without proper investigation. An emergency motion called for those holding journalists in Syria to release them. Another condemned the actions of the Turkish government and called for the release of journalists put in custody during the recent protests.

Delegates heard that more than 40 journalists have been killed in Somalia since 2007, making it the deadliest country in Africa. NUJ motions on fighting austerity, for the safety of journalists and giving regions such as Africa and Latin America the ability to develop their regional organisations were passed. Read the full NUJ motions.

A motion from the Media, Entertainment and Arts Alliance of Australia called for the IFJ to campaign in support of Wikileaks "as an independent media organisation committed to the public's right to know" and to ensure fair treatment for Bradley Manning, the US soldier on trial for leaking material which was published by Wikileaks.

Global collective bargaining was called for, in order to to deal with global, multi-national companies. The Indian Journalists' Union talked about the need for journalists to expose violence against women – including the gang rape in Delhi, the women killed in Mexico by domestic violence, Serbian women union leaders who are threatened and harassed by media firms for their union activity and in Iran where female journalists live at risk and danger of assault and sexual assault when summoned by security forces.

The IFJ was instructed to support its Gender Council in co-ordinating campaigns to end this violence and intimidation.

In a pre-Congress conference, trade union leaders came together under the rubric Decent Jobs, Not Austerity. Frances O'Grady, TUC general secretary, said that pay rises were the best way to stimulate demand, win growth and get the economy moving. She said:

"If we are to tackle inequality, build a fairer society and nurture a strong economy, then we need to ensure that all workers, not just the top bosses, are rewarded for their work."

David Begg, general secretary of the Irish Congress of Trade Unions, outlined the crisis for young people, with 7.5 million of them out of employment, education and training in Europe (59 per cent in Greece, 55 per cent in Spain and 30 per cent in Ireland) and 26 million overall unemployed.

At a session looking at how unions should be organising to start the fightback, Michelle Stanistreet, NUJ general secretary, had some good news for the delegates. She said that after Rupert Murdoch smashed the unions at his newspapers, the union now has chapels in the UK and Ireland on News International titles.

"Getting our message across in tailored ways to all journalists – whatever gender, age and experience is important if we are to demonstrate our relevance. So is shouting about our victories and successes, so that we are not just doing great work on the ground but that we are SEEN to be doing by our members and by those potential members who have yet to join our ranks."

Concluding the session, Jim Boumelha, IFJ president, set out a list of recommendations: a road map for a global fight back. He said:

"There can be no press freedom when journalists exist in conditions of corruption, poverty and fear. The IFJ must provide resolute leadership to national, regions and individuals in defending the role and work of journalists. It must assist in resourcing and organising its member unions to defend hard-won rights at the same time as becoming relevant to new workers in the industry, some of whom have no union tradition."

Wolfgang Grebenhof of the German journalists' union DJV told delegates during a discussion on casual and freelance work that poverty was the greatest enemy of press freedom. Independence was the keystone of journalism, but how independent could journalists be if they lived in poverty?

The IFJ agreed to review its electoral process because of a discrepancy during the vote for president. In the event, it made no difference to the result, which was then ratified by Congress.

Theresa Moriarty: celebrating with song at the IFJ Congress in Dublin
© International Federation of Journalists

Off the floor of Congress, there was a lively programme of social and networking events and, being in Dublin, there was plenty of music and song.

At the Sisters in Union event to commemorate the contribution of the women who took part in the 1913 Lockout, a pivotal moment in Irish history, Mary Maher, of the Irish Executive Council, introduced an evening of readings, poetry and music. Gloria, Dublin's lesbian & gay choir provided entertainment during the opening ceremony and delegates joined in the singing at the Clé Club at the Stag's Head, a traditional Dublin pub.

The proceedings ended – fittingly – at the Guinness Storehouse with music by Adeniyi Allen Taylor and his Nigerian 11-piece band.

More reports, pictures and videos on the IFJ Congress website.

Time to press ahead and secure the future of journalism - Jim Boumelha, IFJ president, in the Irish Times