Forum puts photographers in the picture 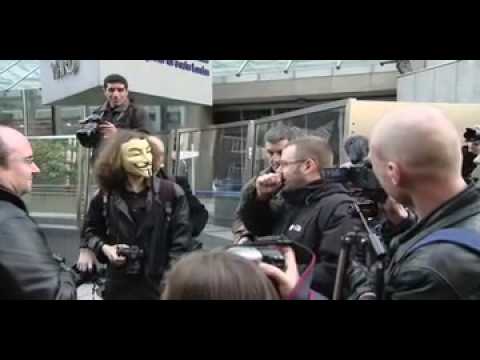 Photographers in London have attended a meeting to discuss their legal rights. NUJ members organised the seminar as a follow up to the successful media event held outside New Scotland Yard to highlight section 76 of the Counter-Terrorism Act 2008.

The law puts restrictions on the right to photograph police officers and some other public servants. The meeting was hosted by a group called Photo-Forum and was chaired by London freelance photographer, Jess Hurd.

The panel was made up of photographers Peter Macdiarmid and Andrew Wiard andsolicitor Anna Mazzola from the firm Hickman and Rose.

There was a slideshow of images compiled by Marc Vallée featuring "Good and Bad Policing", which is part of an on-going Photo-Forum project.

Jason Parkinson was commissioned to shoot and edit two short films for the evening, funded by the NUJ. The first film on terrorism legislation features Anna Mazzola and Peter Macdiarmid.

The second film features Andrew Wiard, freelance photographer, who speaks about the history and the future of the press card.

Photo-Forum is organised by NUJ members as a place for working photographers across the spectrum to bring images, ideas, photo stories, approaches and work in progress for supportive debate and criticism. It runs monthly on the second Thursday of the month in central London.