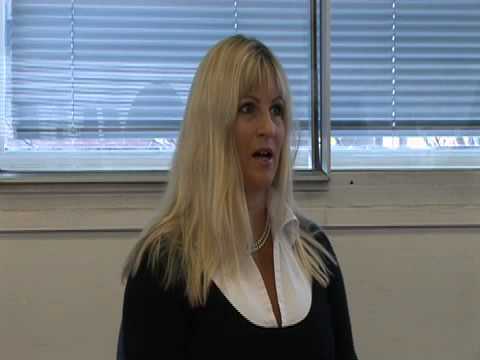 The NUJ won one of the country's first equal pay agreements, getting pay parity for women journalists on Fleet Street in 1918.

Over ninety years ago, the NUJ secured that first victory on the principle of equal pay for equal work – a principle that remains a central tenet of all that the union stands for.

Yet, as ever, principles and reality remain starkly different and the problems of pay inequity remain with us today. It's been more than 30 years since the Equal Pay Act came into being, but employers still try to get away with paying their women employees less than their male counterparts.

The NUJ has won many fights and victories and we can proudly claim one of the first ever equal pay triumphs as our own: the 1918 deal with the Newspaper Proprietors' Association saw women journalists on Fleet Street awarded pay parity with their male colleagues.

But too many of our women members are still being cheated out of pay and jobs. It is time for the NUJ to follow in the footsteps of our equal pay pioneers by taking forward their campaign and consigning the gender pay gap to the history books.

Equality has a long tradition in the NUJ. From the very beginning, women were admitted as members to the union equally with men – they paid the same subs and were given the same service.

As Clement Bundock, former general secretary of the NUJ, said in his book

"Never did the Union recognise any sex distinction and when it won recognition by proprietors its agreements were made not on behalf of men and women but on behalf of journalists."

Of course, the situation on the ground for aspiring and working women journalists was always challenging. Take, for example, Marie Harrison's own testimony in her book.

The Chances of Women in Journalism:

The advantages of women journalists are that they write "charmingly", that there are opportunities for women who "are interested in housecraft, in modern methods of bringing up children, in all details of home management and with the work of keeping home."

"I think that in time every newspaper will find it useful to have a woman in the news room. Although there are some ways in which men outshine us at our work, I believe that any imaginative woman could outshine any imaginative man in suggesting new stories."

It says a lot about the context of women working in journalism!

Of course, even in the NUJ, principles and reality don't always perfectly align. When the first ever deal with the NPA was negotiated, it took some pressure from women members on the union's National Executive Council until the issue of equal pay was finally won in October 1918.

The original offer on the table did not extend the same pay deal for women journalists. When news reached influential Fleet Street journalists and members Marie Harrison and Gwladys Jones, union stalwart and honorary general treasurer Tom Foster was summoned to tea.

There, according to FJ Mansfield who wrote Gentlemen, The Press in 1943, Foster was assailed in front of his members and onlookers from the women's suffrage movement. He had "sold the pass" and "surrendered the cause of womanhood to the enemy."

In his defence, Foster assured the women that the case was merely "postponed" and their demands would soon be met. His parting words were "Don't worry; don't nag." Sentiments that no doubt many women members still face in the newsrooms if not, hopefully, in the union!

As proof that grassroots pressure works a treat – the demands of Fleet Street's finest were eventually met when, ninety years ago today, the newspaper bosses accepted there was no legitimate reason why women should be paid less than men.

Five years later, it was the same women journalists who broadened the fight for equality and organised a public protest against the Triangle Secretarial Offices and the suggestion that women should not expect the same rate as men.

The NUJ's reputation for being at the vanguard of women's rights was secured.

Now it's time to bring that battle for equal pay into the 21st century.

We want to reach out to members and get chapels and branches behind a campaign to end the practice of paying women less than men, and to dismantle the glass ceiling that exists in many media organisations.

We've had many successes in recent years, many members who have stood up and challenged pay discrimination and refused to be treated like second-class journalists.

We need to inspire more women to come forward, to assure them that they will have the support of the colleagues in the workplace and in the wider union. One thing's for sure – it's a campaign of which Marie and Gwladys would be proud.