Campaign to save local newspapers launched in Enfield 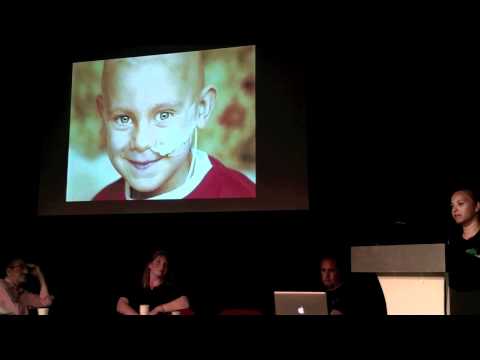 A campaign to save local newspapers has been launched by NUJ members at a public meeting in Enfield, North London.

The meeting began with a report about the dispute over staffing levels and quality journalism at North London and Herts Newspapers which has now been resolved.

Jonathan Lovett, father of the NUJ chapel at North London and Herts Newspapers, told the audience:

"We want to restore our newspapers to their former award winning glory. The Enfield 9 risked redundancy and lost half a month's pay to stand up for our profession."

Thais Portilho-Shrimpton, mother of the NUJ chapel at Newsquest South London, explained how she and her colleagues had taken strike action to resolve a dispute about redundancies. She said:

"Over thirty journalists went on strike in Newsquest South London. It was a tough couple of months but the campaign led to u-turns on the proposed redundancies. Recruiting new members made us stronger in the workplace. People don't like going out on strike – its a tough decision to make. The dispute wasn't just about jobs and redundancies but was about quality content and news coverage."

"The North London and Herts Newspapers campaign resulted in meaningful negotiations with Sir Ray Tindle, which achieved a positive outcome. It was an inspiring example of campaigning that connected journalists with the community and readers.

"Our new national campaign launched today will reach out to local communities, politicians and journalists. We want to make sure local news reflects the communities it serves.

"This is a battle about quality and resources and the threats to local newspapers are not just in London but spread throughout the UK. The impact of the cuts is a stark threat to our members' living and the future of the industry. The NUJ is leading the fight for quality local news in our communities. We need to join forces and campaign together so we can make a difference."

Doug Taylor, the leader of Enfield Council, emphasised the importance of local news for democratic accountability. Local news provided information to people so they had the opportunity to share their views. Local newspapers shone a light on what councils do and on local democracy and journalists asked the questions on behalf of their readers. If the resources for local news are reduced then it undermines quality and accountability.

"The people of Enfield would be worse off without the existence of their local papers."

John Burgess from Unison brought solidarity greetings from Barnet Unison, Barnet Trades Council and the local anti-cuts campaign group. He said the local press in Barnet is 'outstanding' and he spoke in favour of defending local jobs, including those of journalists.

Eric Gordon, publisher of the Camden New Journal, argued that his newspaper proved that independent newspapers with small profits can survive in the current climate.

"CEOs and shareholders spend their lives behind desks and they do not understand quality journalism or local newsrooms."

Barry Fitzpatrick, NUJ head of publishing, closed the meeting by calling on readers to become involved in the NUJ campaign, arguing that the industry will not survive unless media companies are forced to consult with journalists and the communities that their papers serve.

"Our members are on the front line of this battle for survival. The NUJ is calling for a six-month moratorium on job cuts and newspaper closures. We want meaningful dialogue with media owners so that we can resolve the problems facing our industry together. Titles are being closed or change ownership without any public accountability. It is the deep pockets of big business that decides who owns our newspapers, and we must demand that ownership comes with accountability."