Blacklisting: The next chapter is waiting to be written 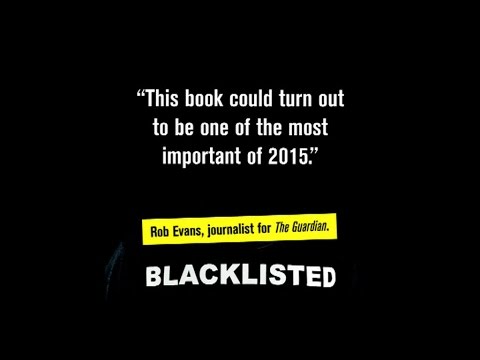 There is a scene in All The President’s Men where Bob Woodward meets his source Deep Throat in an underground car park. Woodward and Bernstein are at an impasse in their investigation into Nixon and the Watergate burglary. It is hoped that the source can help them break through. “I need to know what you know,” says Woodward desperately.

Investigative journalism is often characterised as this; a reliance on secret meetings with mysterious sources. It is both beguiling and intimidating. Without this access how can journalists hope to know what those in power know?

In the late 1980s and early 1990s work by journalists, unions and parliamentarians had exposed and destroyed the Economic League. That organisation had been the most effective blacklisting operation of the post war period. The demise of the League did not end blacklisting, but it did mean attention shifted elsewhere.

In 2008 I pitched an article to The Guardian to consider if blacklisting still persisted. I didn’t have a Deep Throat to guide me, the government said consultations showed no evidence of blacklisting existed and industry organisations denied it was a problem. It was not an auspicious start. For a staff journalist that might have been the end of it. Deadlines and a pressure to deliver might have meant moving on to more fruitful stories. As a freelance I took the chance to dig a little deeper. And it had not taken me long to establish that this official narrative was full of holes.

The building union UCATT put in me touch with several people who said they had suffered from blacklisting. Steve Acheson was one of them. A well qualified electrician who had worked at home and abroad for many years he had found work impossible to come by after taking part in union activity. It wasn’t just Steve. It took me literally hours to find others who had suffered years of intermittent work that could not be explained. The common factors were working in the construction industry and being active union members.

Perhaps they were an aberration. Except Acheson along with two others had won an employment tribunal and the judgement said that blacklisting was a fact. In helping it reach that decision it had heard evidence from an industry whistleblower called Alan Wainwright. As with many scandals much of the evidence was hiding in plain sight.

Meanwhile the received opinion was that blacklisting was illegal anyway. It turned out the Labour government had decided not to implement that particular part of the 1999 Employment Relations Act – blacklisting wasn’t against the law.

The article setting this out landed on the desk of a former Greater Manchester police officer who was now an investigator for the Information Commissioner’s Office (ICO). David Clancy saw prima facie evidence of a possible breach of data protection laws. He began an inquiry which led in 2009 to a raid on an anonymous building in the West Midlands which was home to The Consulting Association. The mysterious organisation turned out to be funded by the country’s leading construction companies with the sole purpose of maintaining records on those it considered troublemakers.

The ICO seized files on more than 3,200 people. An analysis of the files showed that raising health and safety fears or becoming active in a union was enough to earn you a place on the blacklist. The files held home addresses, National Insurance numbers, gossip from managers, copies of letters written to the press and even graffiti on toilet walls. And there among the files was Steve Acheson’s name.

Also seized were the accounts for this association. Since firms paid £2.20 each time they wanted a name checked it was possible to gauge the extent of this operation. For instance, in a single three-month period Sir Robert McAlpine had more than 5,800 names checked. This was while it had a contract to build some of the Olympic Games facilities. This was blacklisting on an industrial scale.

Rob Evans and myself wrote about the raid for The Guardian and in the years that followed a small group of journalists, union activists, lawyers and parliamentarians teased apart the story of The Consulting Association. An inquiry by the Scottish Affairs select committee dragged many of those responsible before MPs to give evidence. Court cases brought more evidence into the public domain. Meanwhile Dave Smith, a blacklisted engineer from Essex who was a leading light in the Blacklist Support Group, and myself travelled the country talking to those who had been on the list and those who had administered it.

At an early stage David Clancy said that some of the information on the files could only have come from police sources. Further investigation by Dave Smith and myself established particular files which recorded encounters with the police which no site manager would have known about and were not reported in the press. Indeed one file said the subject was under official watch. We eventually spoke not only to the undercover policeman who had opened a file on this man but the industrial relations manager named on it who admitted regular meetings with the Special Branch. Indeed an officer from an anti-subversion unit of the police had formally addressed Consulting Association members as late as 2008. And it wasn’t just construction workers who had files held on them.

It was puzzling that in a male-dominated industry there were some several hundred women listed. It turned out that the surveillance operation had expanded to take in environmental protestors. Some of those had also been targeted by Special Branch, even unwittingly entering into relationships with undercover officers.

Also listed was an academic who was an expert on safety in the oil industry, politicians such as Tommy Sheridan and journalists such as Molly Cooper, an NUJ branch secretary and NEC member. This was not a limited initiative by the construction sector but a standardised, widespread surveillance operation done in co-operation with the state.

As a coda, I made a subject access request to several construction companies asking for what information they held on me. One pen portrait from Laing O’Rourke said that an eye should be kept upon me "because of my dedication to unions".

The result of the work by Dave Smith and myself, as well as others who have chipped away at this scandal, is now published in Blacklisted: the secret war between big business and union activists.

Currently there is a high court civil action against some of the firms. However it is only through a full public inquiry that the extent of this human rights scandal is likely to be revealed. The next chapter is waiting to be written.

Phil Chamberlain is a journalist and NUJ member

Help the NUJ expose the monitoring of journalists

Use the NUJ template letter to submit a subject access request.

Read the ICO guide: find out how to request your personal information.

Peter Francis, former member of the Metrpolitan Police Force's Special Demonstrations Squad, has revealed that Unison, the Fire Brigades Union, the Communication Workers Union, National Union of Teachers, and the construction workers union UCATT, together with the family of Stephen Lawrence, anti-racist groups, civil society organisations and political campaigners were spied on by the police. Campaigners have welcomed the judge-led public inquiry into the abuse of women by undercover police officers but unions are calling for the remit of the inquiry to include the involvement of state agencies in the operation of blacklisting and the covert surveillance of lawful trade union activities. A petition has been launched to call on the Home Secretary to make assurances that the Official Secrets Act will not be used to prevent whistleblowers from making further disclosures to the inquiry (March 2015).

Ask your local MP to support the motion tabled in parliament -

That this House is deeply concerned by the revelations of Peter Francis, former member of the Metropolitan Police Force's Special Demonstrations Squad, in relation to the unit's covert state surveillance of trade unions and their members, including Unison, the Fire Brigades Union, the Communication Workers Union, National Union of Teachers, and the construction workers union UCATT, together with the family of Stephen Lawrence, anti-racist groups, civil society organisations and political campaigners; welcomes the judge-led inquiry into the abuse of women by undercover police officers; calls for the remit of that inquiry to include the involvement of state agencies in the operation of blacklisting and the covert surveillance of lawful trade union activities; further welcomes the offer of Mr Francis to provide further evidence; and calls on the Home Secretary to offer whistleblowers immunity from prosecution under the Official Secrets Act in order to encourage people to come forward and disclose essential information in the public interest without fear of criminal charges being brought against them.

Six NUJ members have discovered that their lawful journalistic and union activities are being monitored and recorded by the Metropolitan Police. They are now taking legal action against the Metropolitan Police Commissioner and the Home Secretary to challenge this ongoing police surveillance. The NUJ members involved in the legal challenge include Jules Mattsson, Mark Thomas, Jason Parkinson, Jess Hurd, David Hoffman and Adrian Arbib. All of them have worked on media reports that have exposed corporate and state misconduct and they have each also previously pursued litigation or complaints arising from police misconduct. In many of those cases, the Metropolitan Police Commissioner has been forced to pay damages, apologise and admit liability to them after their journalistic rights were curtailed by his officers at public events. Read the NUJ press release launching the case (Friday 21 November 2014).