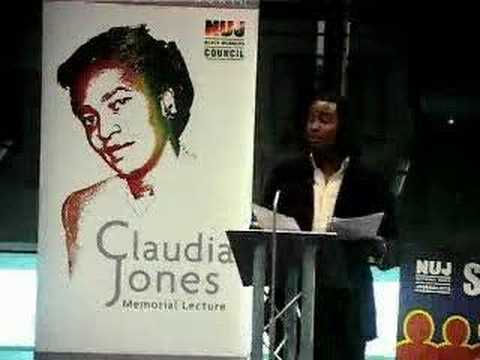 Dr Robert Beckford quoted a number of Black activists among the inspiration for his lecture and they provided the background for a passionate debate on the cause and nature of racism and whether individuals could do anything to combat it.

Using Audrey Lorde’s statement that "the master’s tools will never dismantle the master’s house", he said:

“As an African-Caribbean man in Britain, I am keen to dismantle the ‘master’s house’ - fight against race, class, gender and sexual orientation discrimination.”

A full copy of the text of Dr Robert Beckford's lecture is available for download.

Claudia Cumberbatch Jones (1915-1964) was a Trinidadian journalist who became a political activist and black nationalist. Her family emigrated to New York where she trained as a journalist.