Assemble at 10.00 for march to Minstry of Justice

Import event to your Google Calendar

No justice system is truly fair unless everyone is able to fight for their rights. But through cuts to legal aid, the government has removed a cornerstone of our society, cutting all but the richest off from our courts.

Among those who rely on legal aid: innocent people who have been wrongfully jailed, homeless children who need a roof over their head, Gurkhas and other heroes who fought for our country, and victims of domestic violence.

Show your oppositon and join the protest. 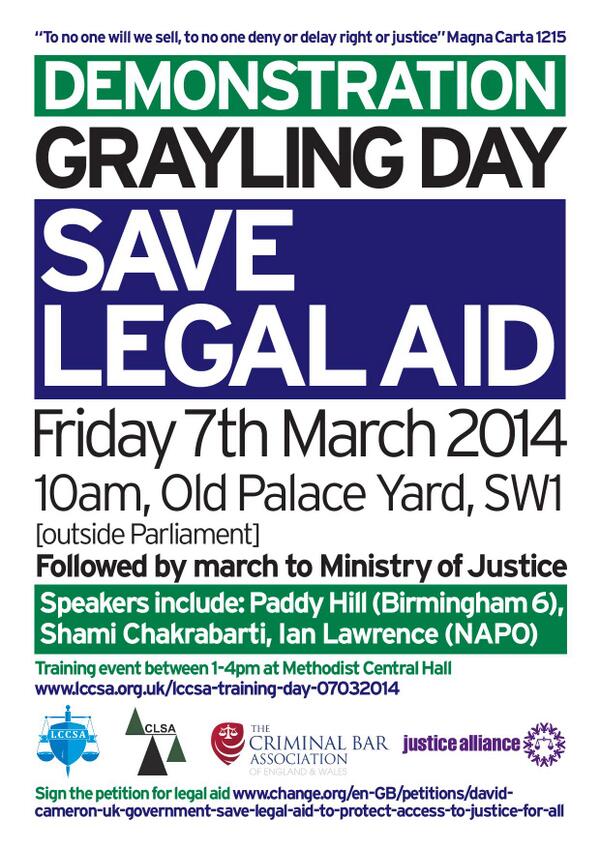