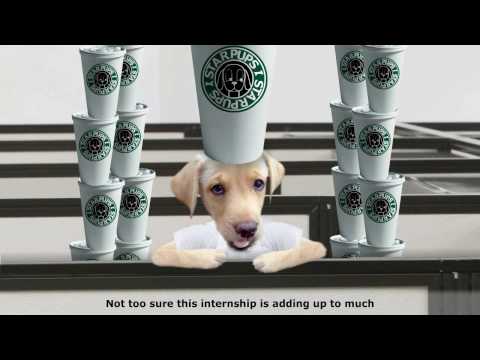 Have you worked in the media but not paid at any point during the past six years?

Were you taken on as an unpaid intern or asked to extend your work experience into a far longer period than you had initially applied for?

If so – you could be eligible to claim back money you are owed. The NUJ campaigns against the exploitation of interns and the union investigates and supports wage claims.

A 2018 National Council for the Training of Journalists survey found that the majority (87 per cent) of new entrants did a period of work experience or worked an internship before gaining their first paid job. The vast majority (95 per cent) were unpaid and the work experience or internship lasted an average of eight weeks, although the lengths varied widely from short (lasting one to two weeks) to 52 weeks. The report said this had led to a situation where “would-be journalists tend to need family financial support to fund courses or a period of unpaid work, with the implication that young people not in these circumstances continue to be deterred from becoming journalists”. Large numbers of internships are never advertised and are offered through informal networks, again locking out young people without connections.

The union supports properly structured work placements for journalists to gain valuable experience in the industry and recognises how valuable work experience is to potential employers.

Unfortunately, some employers exploit the genuine goodwill and ambition of new entrants to the media industry. In some cases, unpaid internships are used by employers as a way to get work done that should be carried out by employees.

The Sutton Trust report, Pay As You Go published in November 2018, revealed that more than a quarter (27%)  of graduates surveyed had taken on an unpaid internship, with many having to rely on parents, friends and second jobs to get by. The research found graduate internships were on the rise, with 46 per cent of 21-23 year olds having done one, compared to 37 per cent of 27-29 year olds. Younger graduates were also more likely to have taken on more than one internship. The report said there are around 100,000 interns working in Britain every year, with around 58,000 unpaid. Previous research by the trust found that an unpaid internship costs a single person living in London a minimum of £1,100 per month.

When the NUJ heard about interns being kept on for more than six months – working for nothing but basic expenses while carrying out tasks expected of an employee – we took action.

When the NUJ helped Keri Hudson successfully sue TPG Web Publishing, the tribunal judgement made clear that many interns who have worked for little or no money could be entitled to claim the minimum wage.

Former interns may be able to claim through the courts up to six years after they finish their unpaid stint.

The minimum wage rules do not apply, however, to students on organised work experience placements or volunteers.

Internships tend to be longer than work experience, with a greater time commitment and deadlines, and involve making an evidenced contribution to the work of the organisation.

"This practice continues to exploit dreams and exclude new talent, undermining the diversity of our profession, just when we should be nurturing and supporting the people coming into the industry. Employers in the media should be warned; we will continue to take on those who seek to exploit young people and newcomers to the industry."

If you are an intern who is not being paid you can contact the NUJ at campaigns@nuj.org.uk

The NUJ has been successful in negotiating better rates, for example getting the London Living Wage rate for interns working for the British Science Association.

The government has published:  Providing quality internships: guidance for employers and interns

"A generation ago it was perfectly possible for a senior national journalist to have worked their way up from a local paper and to have entered the profession without a university degree."

"Scoop, Evelyn Waugh's classic journalism novel, was set in a time when Oxbridge toffs and socialites ruled the world, inhabited the newsroom of the Daily Beast and became war correspondents. William Boot may have been an accidental interloper, but he still needed to have been to a 'good' school to get his wildlife column. So, almost 90 years later, is the world of newspapers any better? Sadly the evidence shows that it is still those from privileged backgrounds who get to the top in the media – and the situation is getting worse.

"Competition to get into what is seen as a glamorous industry, at a time when jobs are scarce, has bred a new phenomenon: the unpaid intern. This practice continues to exploit dreams and exclude new talent, undermining the diversity of our profession. Employers in the media should be warned – we will continue to take on those who seek to exploit young people and newcomers to the industry.

"It is vital that a modern, democratic nation has a media that reflects all its citizens and is not a redoubt of the privileged classes. The management of the mainstream media is also the loser if it is not prepared to look for talent beyond a cohort of people who looks like itself."

Latest data from the Labour Force Survey showed 72 per cent of journalists have a parent who worked in one of the three ‘higher-level’ occupations (managers, directors and senior officials, professionals and associate professional and technical occupations) compared with 41 per cent of the workforce as a whole.

Read the NUJ's full submission on journalism and social class.

Unpaid internships and a culture of privilege are ruining journalism writes David Dennis, The Guardian.